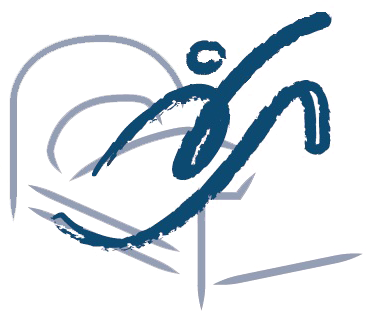 Wrap yourself up by the charm of the eternal city , visiting the streets of Rome is like traveling back in time , among Roman ruins , monuments , beautiful squares , fountains and fountains that cool the air along with the typical Roman breeze . Visiting Rome means admire a vast number of works of art and corners filled with history , discover all of the city considered the cradle of modern civilization.

The Flavian Amphitheater, better known by the name of Coliseum, is one of the most famous Roman monuments into the world. The Colosseum name comes from the huge bronze statue of Black- that it was erected nearby, and that, given the size, it was known as the Colossus of Nero. The construction of the amphitheater was begun by Vespasian but completed by Titus in 80 A.D. and open to the public with a solemn inauguration of a hundred days duration of which there remain of the descriptions in the ancient chronicles. The Colosseum was built for the specific purpose of giving al-Roma a place worthy of the fame of its games gladia- torii which were previously carried out in the building provisional wooden sional built by Nero in the Campus Martius after the old amphitheater Tito Laurel Tauro went di- lard in the famous fire of 64 AD Earlier games were made either in the Roman Forum or the Forum Boarium which were equipped for these occasions of structural furniture ture. Throughout the Empire, the Coliseum was repeated interventions of restoration due to risk of fire and earthquakes have to remember lectures by Antoninus Pius, the Elioga- balo and Alexander Severus, the latter restoration caused due to a disastrous fire in 217 AD, and other restorations, commemorated by inscriptions, after the 443 AD earthquake After 523 A.D. you do not have other news shows; the Colosseum began his stage of ruin degradation that transformed mò the amphitheater in a quarry of materials for construction.

The temple has an impressive membership in the frame of the porch : " M. Agrippa LF Cos. Tertium Fecit " ( Marcus Agrippa , son of Lucius , Consul for the third time, built ) , which was made an impact by Adriano during the reconstruction of ' building. The original temple do not know how it was : over the years has undergone several fires and disasters , it was restored several times , until the emperor - architect Hadrian rebuilt between 117 and 128 A.D. , and brings us up to today. Hadrian builds a rectangular temple , of average size , conceived as a place of worship for various divinities ; and it is definitely on his porch with sixteen columns , the expansion of the "round " and the dome concrete (the widest it has ever built of masonry ) built with the latest techniques . At one time the dome was coated externally with golden tiles , because the temple from the surrounding hills was to appear as bright as the sun.

The Trevi Fountain, takes its name, as well as the neighborhood in which it is located, at the crossroad at Piazza dei Crociferi and its history starts with the Show Acqua Vergine (the Roman "Aqua Virgo" channeled by Agrippa at the Salone 19 BC to feed its baths in Campo Marzio), rebuilt by order of Nicholas V in 1453 and then directed toward the aforementioned intersection. Then the abundant amount of water was used for a long time the supply of a wash-house built in the time of Sixtus V in favor of washerwomen, dyers and cleaners working spots overlooking the square, which will keep the name of Via Lavatore . A brief of Urban VIII in 1640 has a first restructuring of the Acqua Vergine Show: the purpose you had to use the marble of the tomb of Cecilia Metella. He prepared the construction site, he began building, but were soon interrupted because of the pope's death and economic difficulties that occurred ...

The first nucleus of the Museums and Pontifical Galleries, this is now the real name of the Vatican Museums, was established by Julius II (1503-1513) who collected in the courtyard of the Belvedere some masterpieces of classical sculpture, such as the Apollo Belvedere ( copy of greek original classical era, probably the work of greek sculptures Leochares), the Laocoon (copy of the original Rhodes created by Agesander, Antenodoro and Polidoro) and torso (created by the artist Apollonius). Successive popes, Leo X, Clement VII, and Paul III enriched the collection during Cinquencento. Sixtus V created the office of the Vatican Apostolic Library. At Clement XIV and Pius VI it was responsible for the creation, in the second half of the eighteenth century, the Pio Clementino Museum. Pius VII founded the Chiaromonti Museum and Gregory XIV created the Etruscan and Egyptian. By Pius XI is the accommodation of the Art Gallery and the establishment of the Ethnological Missionary Museum, while it was John XXIII who decided to transfer to the Vatican Gregorian Sacred and Profane Museum and the Lapidary, hitherto housed in Lateran and built for these museums a new wing within the pontifical museum complex. Paul VI was, invvece, the architect of the Art Collection of Modern Religious Art. In recent years, for reasons of space, the Historical Museum was moved in the papal Lateran Palace, but remained the Pavilion of Carozze Vatican. The Vatican Museums are made up of a set of different collections. A complete tour of the Museums takes about five hours. The entrance is located in Viale Vaticano, near Piazza Risorgimento.

St. Peter's Basilica at the Vatican (full correct name: the papal basilica of St. Peter more in the Vatican) is a Roman Catholic basilica in the Vatican City; symbol of the Vatican State, which is crowned the monumental St. Peter's Square. It is the largest of the four papal basilicas of Rome, often described as the largest church in the world and the center of Catholicism. however, is not the cathedral church of the Roman diocese since that title is up to the basilica of St. John Lateran, which is also the first in dignity being Mother and Head of all the Churches and the World dell'Urbe. As the Pontifical Chapel, located adjacent to the Apostolic Palace, St. Peter's Basilica is the seat of the main manifestations of Catholic worship and is therefore in solemn ceremony on the occasion of the papal celebrations, such as for Christmas, Easter, the rites of Holy week, the proclamation of the new popes and the funeral of the dead ones, the opening and closing of jubilees and canonizations of new saints. Under Pope Pius IX he hosted the sessions of Vatican Council I and under Pope John XXIII and Paul VI those of the Second Vatican Council.

Piazza Navona, in ancient Rome, was the Stadium of Domitian which was built by Emperor Domitian in 85, and in the third century was restored by Alexander Severus. It was 276 meters long, 106 wide and could accommodate 30,000 spectators. The stadium was richly decorated with statues, one of which is to Pasquino (perhaps a copy of a Hellenistic Pergamon group presumed representative Menelaus supporting the body of Patroclus), now in the homonymous square next to Piazza Navona. Because it was a stage and not a circus, there were no carceres (the gates from which protruded race horses) or the plug (the dividing wall around which the horses ran) such as the Circus Maximus, but it was all free and used for the athletes races. The obelisk which is now at the center of the square was not there, but comes from the Circus Maxentius, who is still on the Appian Way. The name of the square was originally "in Agony" (from the Latin for Agonis, "games") because the stadium was used exclusively for athletics. It is absolutely not true that Piazza Navona was used for naval battles: it's an urban myth generated by the fact that the square was usually flooded in August to soothe the heat; [citation needed] in ancient times the square was concave, they are blocked the closures of the three fountains and water came out to flood the square.

The Borghese Gallery, located in one of the most beautiful and noble Roman villas, immersed in the famous and immense park in Rome, today represents one of the jewels of the museum heritage of the capital. Not huge like the Louvre or known as the National Museum in London, it is the silence of the many Italian gardens that surround it, a precious treasure chest comeun which we invite you to discover its treasures. A few years ago restored in every detail, the gallery, once the Borghese whose dragon emblem home of the family is visible in most environments, as well as collecting in the vast gallery many works of various Italian schools of painting and some of the most beautiful sculptures of Canova and Bernini, is in itself a 'work of art container than many others. Linger for example on the richness of the ceilings with brightly colored frescoes back to their former glory after restoration is no accident that Giulio Carlo Argan in "Italian Art History" says that the Borghese ceilings are kind of painting anthology the late eighteenth century practiced in Rome by Italian and foreign artists.

At the center of the square is the famous Fountain of the Four Rivers, which dates from the early Baroque, sculpted by Pietro Bernini and his son, the famous Gian Lorenzo Bernini. Right on the corner of the staircase there is the house of the English poet John Keats, who lived and died in 1821, now converted into a museum dedicated to his memory and to that dell'amicoPercy Bysshe Shelley, full of books and memorabilia of English Romanticism. left corner there is, however, by Babington's tearoom founded in 1893. The side of Via Frattina is the Palazzo di Propaganda Fide, owned by the Holy See. In front of its façade, designed by Bernini (while the side façade is delBorromini), stands the Column of the Immaculate Conception, which was built after the proclamation of the dogma by King Ferdinand II of the Two Sicilies in thanksgiving for an escapee attack , and inaugurated on December 8, 1857. Since 1923 the fire department offer an acrobatic floral tribute to the statue, making use of their scales; in 1953 the same Pope Pius XII wanted to attend the ceremony, but it was with John XXIII (1958) that the papal presence at this ceremony became a real tradition, faithfully maintained by all the popes. Currently the floral tribute to the Spanish Steps - always accompanied by a Marian prayer the Pope - is one of the most popular religious ceremonies and popular in Rome. The square is quoted in a popular poem by Cesare Pavese, called "I will pass by Piazza from Spain", the text of which was reproduced in full on a plate next to Babington's Tea Room.